What Are the Options?

Booking a consultation at the first signs of hair loss with an experienced hair loss doctor can make a significant difference in preventing further hair loss.

So, you know you are suffering from hair loss but now you want to know how to treat it. Acting promptly can make a significant difference as early medical intervention may halt the condition from progressing further.

If your hair loss is due to male or female pattern balding, or thinning, then the most effective hair loss treatments generally involve prescription medications. In addition, over-the-counter chemist products may be helpful. Shampoos and conditioners have not proved to be helpful for hair loss. The first thing that needs to be treated is the cause of the hair loss. 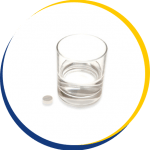 Both male and female pattern balding is caused by hair follicles being oversensitive to the hormone, dihydrotestosterone (DHT). This causes the hair to become thinner and shorter. the result of it is the DHT

Accordingly, we must reduce or stop the level of DHT to stop further hair miniaturisation and further hair loss. The way to treat DHT is with medication that has the active ingredient Finasteride, which partially blocks the enzyme 5AR thereby reducing the production of DHT. This is prescribed by a doctor and taken orally. The dosage varies depending on the degree of thinning. 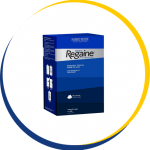 Minoxidil (Regaine) is available as a liquid or foam and is applied daily, directly to the areas of the scalp affected. This product has been on the market for 20+ years and is available over the counter at most chemists.

The way it works is by stimulating the hair, which lengthens the growth cycle of the hair follicle.

The most popular YouTube channel relating to hair loss in men and women.​

Get in touch with our friendly team to get started.